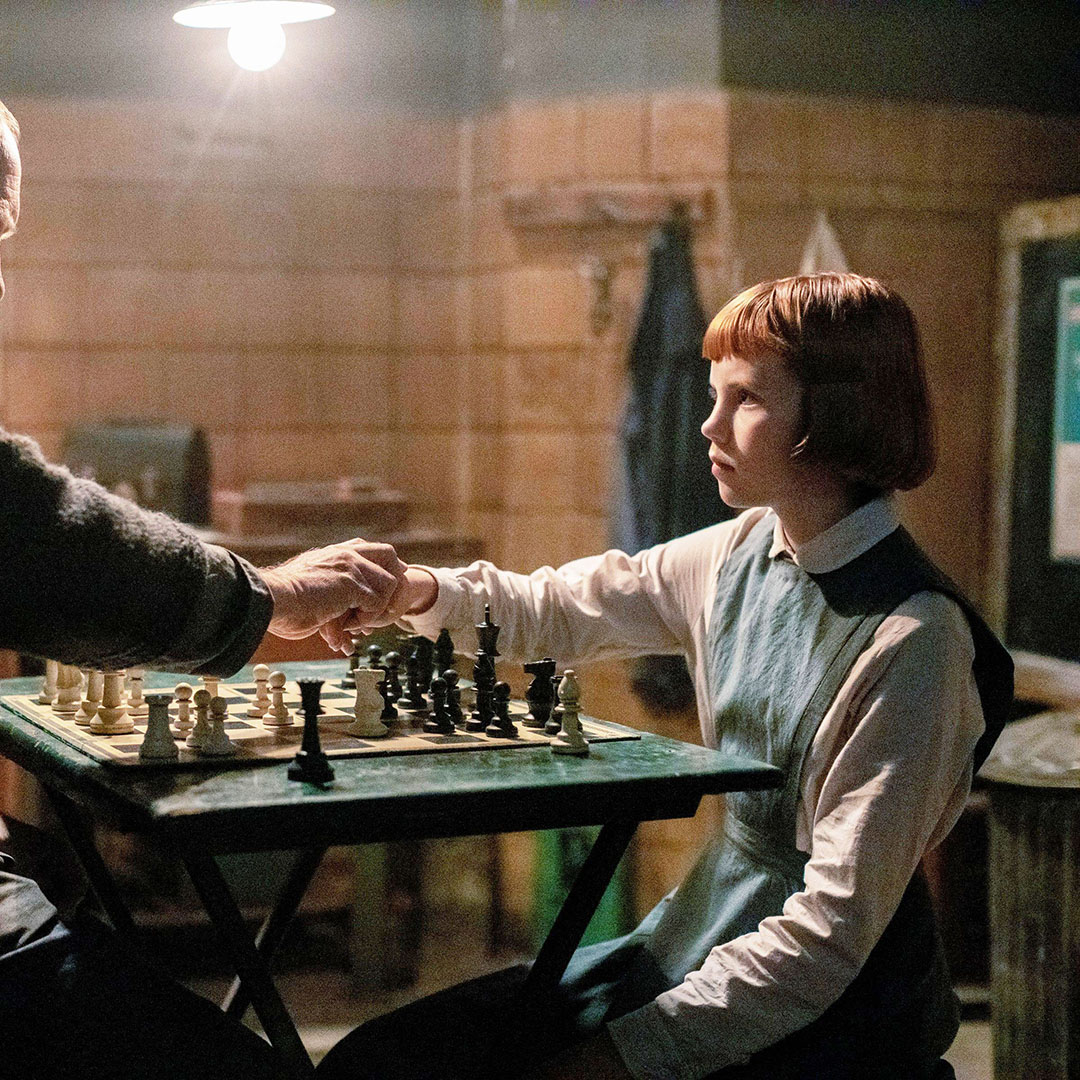 The chess community was pleasantly surprised by the recently released miniseries “The Queen’s Gambit” ♛ that turned out to be very realistic. The success of this show about a talented chess player was so consuming that we’ve also wanted to draw your attention to a few great missions related to this topic. So, please, enjoy the game!

The first mission is called Pawn Brotherhood where your task is to count how many white pawns are safe on the chess board.

The second one is Chess Knight where you must write a function that can find all of the chessboard cells to which the Knight can move.

The third is The Shortest Knight's Path in which you have to find the length of the shortest path for the knight from one point to another on the chessboard.

The fourth mission is called Place Queens where you need to place eight chess Queens on an 8×8 chessboard so that no two Queens threaten each other.

👉 The previous mission was: House of Mirrors. Check out the leaderboard, which should be open if you have solved it, and find out which solution was the best!

🚩 Another great thing worth mentioning is that we’ve added a graphlib module supported by Python 3.9 on CheckiO which will allow you to operate with graph-like structures. Take full use of this amazing module when solving new tasks!

💡 Highlights from the world of Python:

🏋 The users who’ve made the TOP 3 this month are veky, PetrStar, and 2010min0ru. You are doing great, guys! Keep on coding!