The technologies are rapidly evolving - only 50 years ago a simple black-and-white TV was a luxury! And now even a cool big color TV with remote control is a common thing. Let's try to improve our TV and add the voice control to it! To begin with, we’ll write the simple prototype in Python. It’ll use the following commands:

The default channel turned on before all commands is №1.
Your task is to create the VoiceCommand class and methods described above.
In this mission you could use the Iterator ...

Free accounts will see Best CheckiO solutions with some delay.
Best Solutions will be opened in
Become Awesome and Don't wait
The next stage is ""
Will be activated in
View More Solutions Random Review Solutions Go to the next mission
Back to the list of missions | Back to the map | Settings
Incinerator
← Prev Next →
0
0 %
Share:
Player of the Month 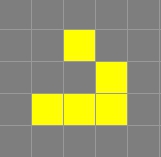