The Warlords
Moderate
English RU
... after all the efforts, sir Ronald couldn't win the battle. He finally realized that this isn’t just a small fight, but a full-fledged battle, and he needs to apply all his experience to effectively manage his army.
It looks like this time the outcome of the battle will be decided once and for all.

In this mission you should add a new class Warlord(), which should be the subclass of the Warrior class and have the next characteristics:
health = 100
attack = 4
defense = 2

Also, when the Warlord is included in any of the armies, that particular army gets the new move_units() method which allows to rearrange the units of that army for the better battle result. The rearrangement is done not only before the battle, but during the battle too, each time the allied units die. The rules for the rearrangement are as follow: 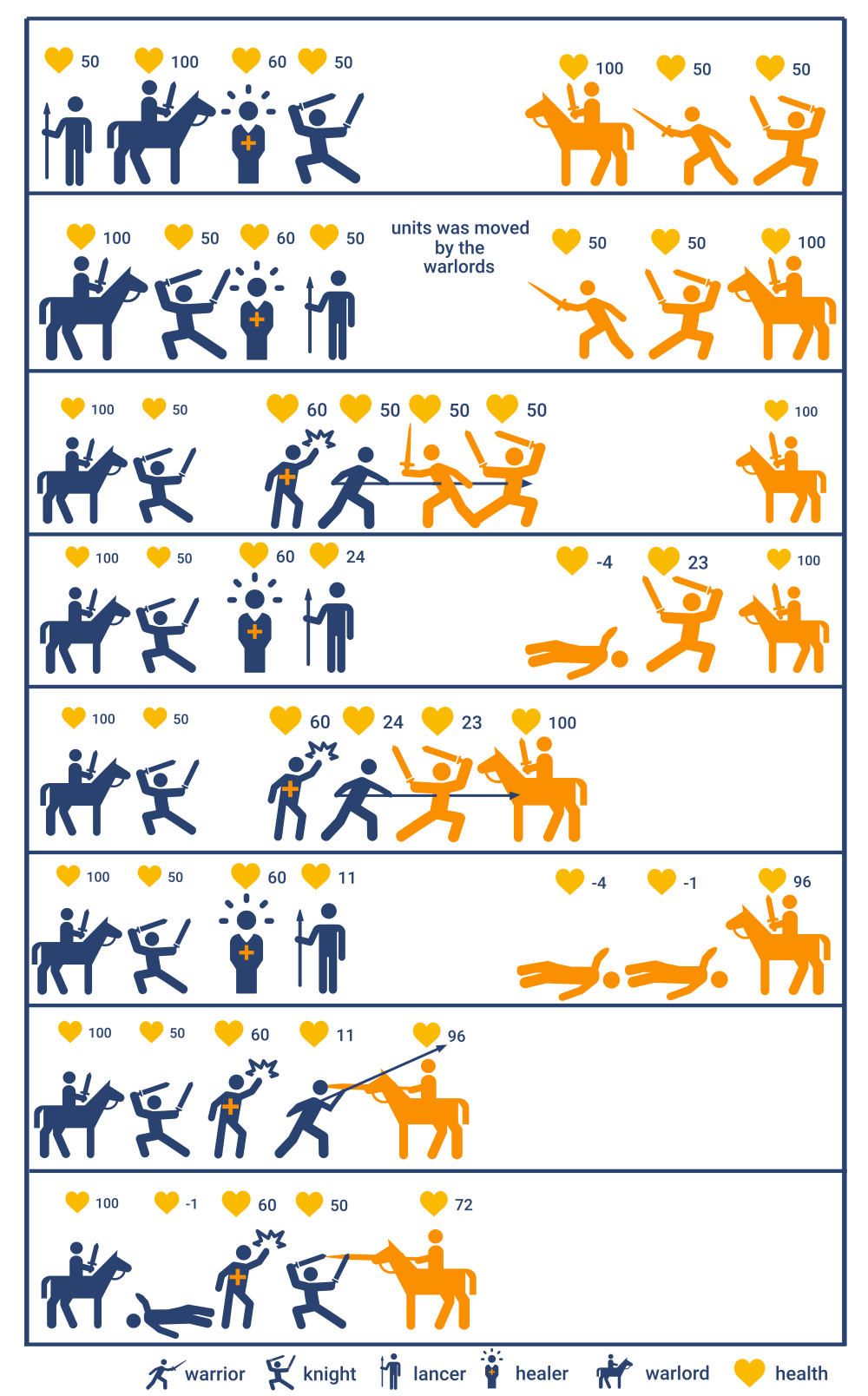 Input: The warriors, armies and weapons.