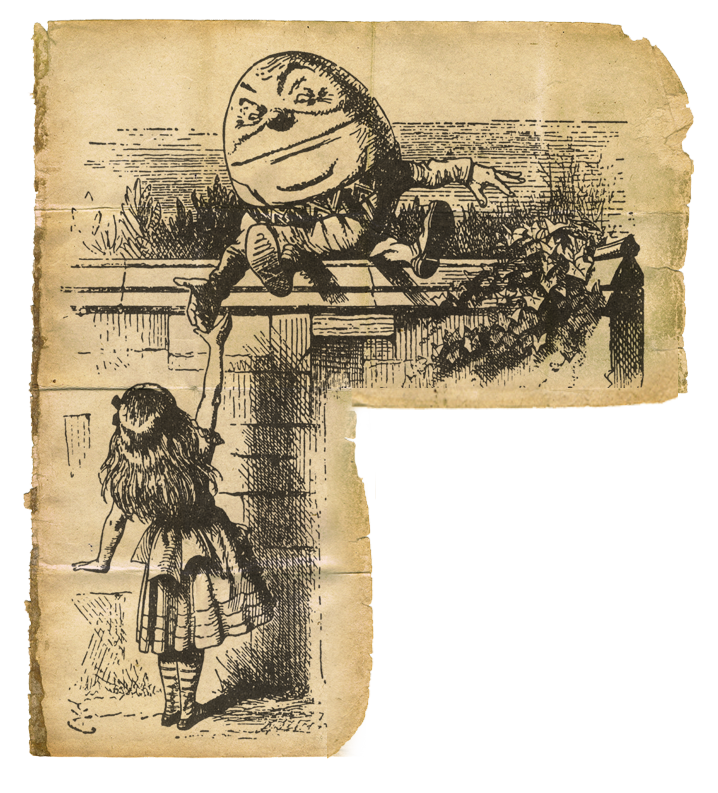 'I said you LOOKED like an egg, Sir,' Alice gently explained. 'And some eggs are very pretty, you know' she added, hoping to turn her remark into a sort of a compliment.

'Some people,' said Humpty Dumpty, looking away from her as usual, 'have no more sense than a baby!'

Alice didn't know what to say to this: it wasn't at all like conversation, she thought, as he never said anything to HER; in fact, his last remark was evidently addressed to a tree--so she stood and softly repeated to herself:--

'That last line is much too long for the poetry,' she added, almost out loud, forgetting that Humpty Dumpty would hear her.

"Through the Looking-Glass." Lewis Carroll

After reading this fragment Nicola wants to build his own "Humpty Dumpty". As a basis he chooses the spheroid ( read more about it on Wikipedia ). We know the height and the width (in inches) for this spheroid. For the job at hand, Nikola needs to know how much material is required.

You can help him and create a function to calculate the volume (cubic inches) and the surface area (square inches). 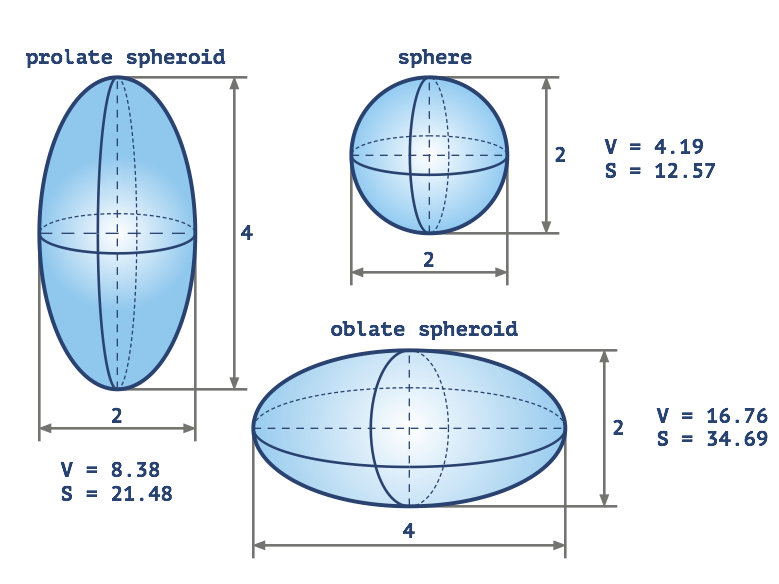 Input: Two arguments. A height and a width as integers.

Output: The volume and the surface area as a list of floats. The results should be accurate to two decimals.

How it is used:

This is a simple math task, but we want to introduce you to the splendid shape -- spheroid (in case you hadn't heard of it yet).

The true shape of the Earth is called an Oblate Spheroid, though it is only very slightly oblate. The diameter from the North Pole to the South Pole (the shortest diameter) is approximately 12,714 km. The equatorial diameter (the longest diameter) is approximately 12,756 km. This is not a big difference, but it does mean the Earth is not quite a sphere.

Free accounts will see Best CheckiO solutions with some delay.
Best Solutions will be opened in
Become Awesome and Don't wait
The next stage is ""
Will be activated in
View More Solutions Random Review Solutions Go to the next mission
Back to the list of missions | Back to the map | Settings
Dropbox
0
0 %
Share:
Player of the Month