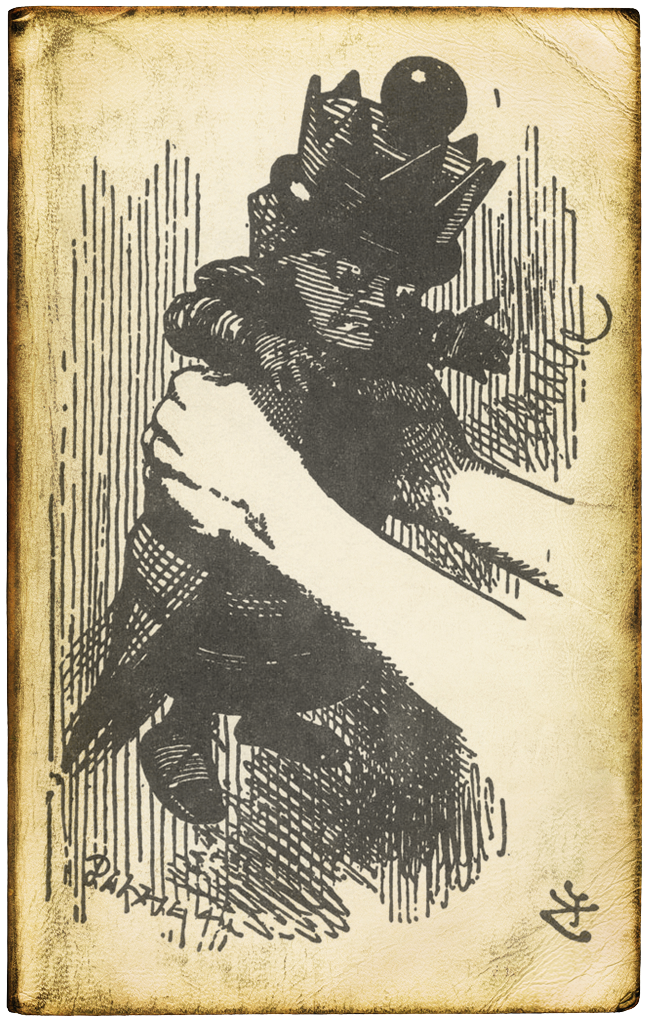 ...'And as for YOU,' she went on, turning fiercely upon the Red Queen, whom she considered as the cause of all the mischief--but the Queen was no longer at her side--she had suddenly dwindled down to the size of a little doll, and was now on the table, merrily running round and round after her own shawl, which was trailing behind her.

At any other time, Alice would have felt surprised at this, but she was far too much excited to be surprised at anything NOW. 'As for YOU,' she repeated, catching hold of the little creature in the very act of jumping over a bottle which had just lighted upon the table, 'I'll shake you into a kitten, that I will!' 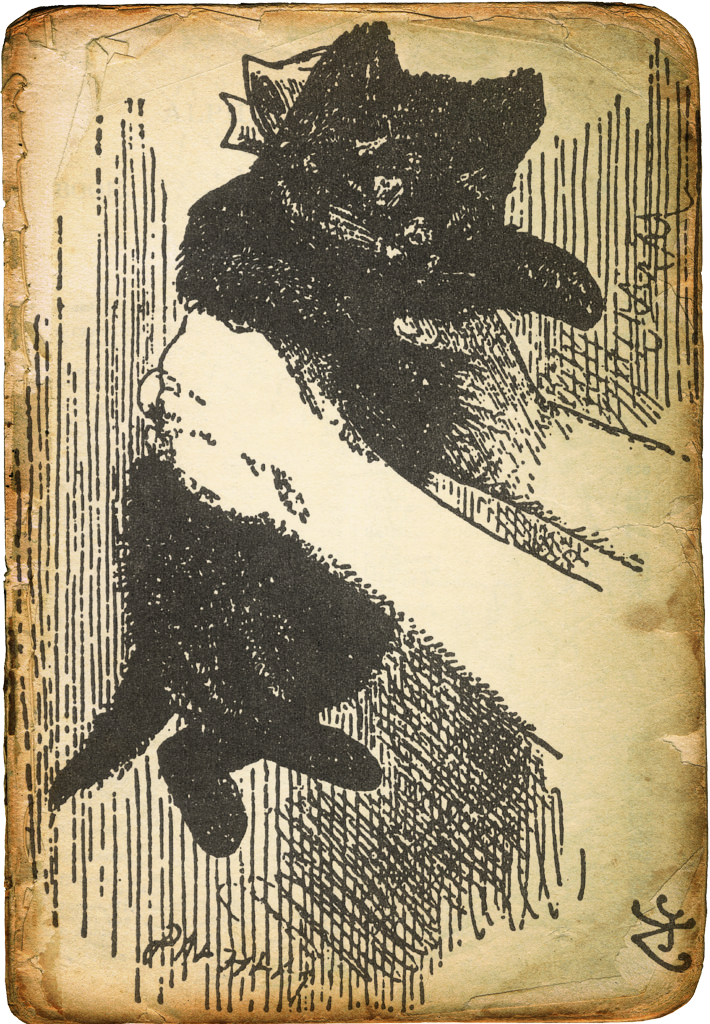 She took her off the table as she spoke, and shook her backwards and forwards with all her might. The Red Queen made no resistance whatever; only her face grew very small, and her eyes got large and green: and still, as Alice went on shaking her, she kept on growing shorter--and fatter--and softer--and rounder--and--

--and it really WAS a kitten, after all.

"Through the Looking-Glass." Lewis Carroll

Doublets, sometimes known as Word ladder, is a word game invented by Charles Dodgson (aka Lewis Carroll). A doublets puzzle begins with two words. To solve the puzzle one must find a chain of different words to link the two together such that the two adjacent words differ by one letter.

The Robots like using digits more than letters, so we’ve changed the rules a little. You are given the list of numbers with exactly the same length and you must find the shortest chain of numbers to link the first number to the last like you would with the words.

Output: The shortest chain from the first to the last number as a list of integers.

How it is used: This task is like pathfinding for numbers. It shows how many things in this world can be represented with mathematics, even words.

Free accounts will see Best CheckiO solutions with some delay.
Best Solutions will be opened in
Become Awesome and Don't wait
The next stage is ""
Will be activated in
View More Solutions Random Review Solutions Share your own solution Go to the next mission Back to the list of missions Back to the map
Alice In Wonderland
0
0 %
Share:
Fresh Awesome