Dr. Emmett Brown: If my calculations are correct, when this baby hits 88 miles per hour... you're gonna see some serious shit.

Marty McFly: Hey, Doc, we better back up. We don't have enough road to get up to 88.
Dr. Emmett Brown: Roads? Where we're going, we don't need roads.

According to ancient Chinese legend, 88 is a magic number. On the 88th page of the book, "Ancient human puzzles catalog for modern robots", you will find a puzzle which Nikola’s archaeologist uncle discovered a very long time ago in an ancient human magazine. Nikola... 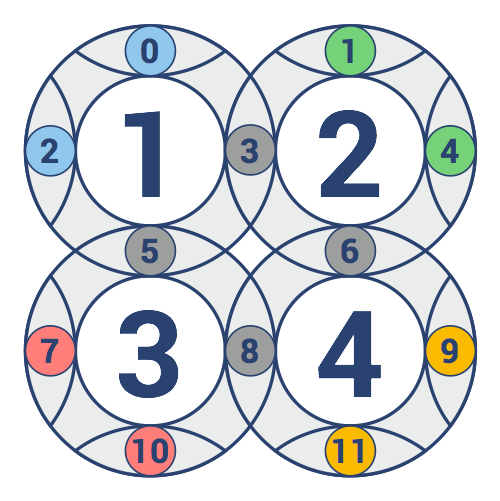 You can rotate the rings clockwise. Each move rotates the ring by 90 degrees. The rings are numbered and sequence of action should be represented as a list/tuple of numbers from 1 to 4. 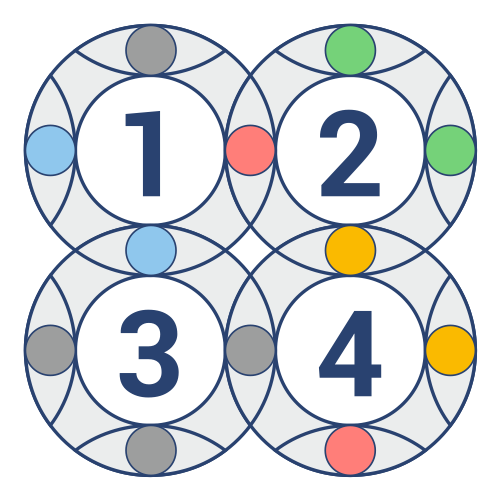 Input: A puzzle state as a tuple of integers.

Output: The shortest solution as a string.

How it is used: This is one more puzzle which will show you how you can use computer modeling and simulation to solve an abstract problem - in this case, a combinatorial problem.