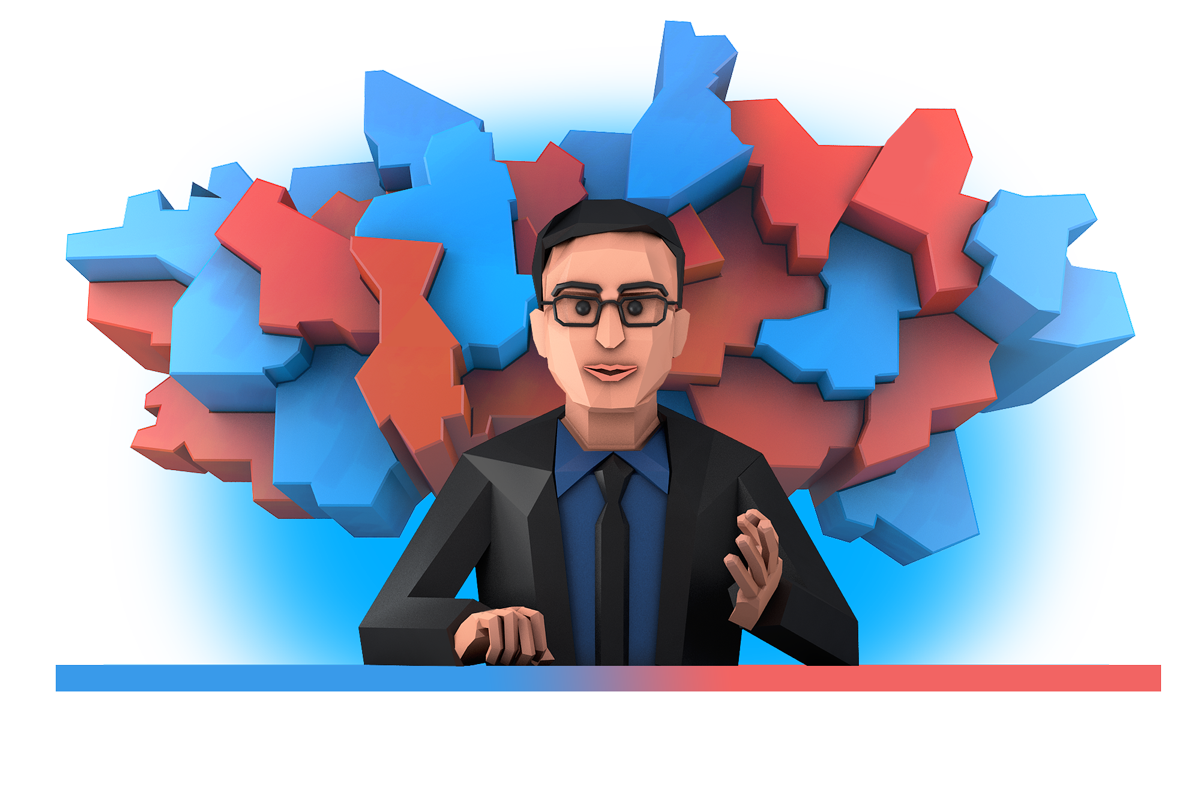 In addition to its use achieving desired electoral results for a particular party, gerrymandering may be used to help or hinder a particular demographic, such as a political, ethnic, racial, linguistic, religious, or class group, such as in U.S. federal voting district boundaries that produce a majority of constituents representative of African-American or other racial minorities, known as "majority-minority districts". Gerrymandering can also be used to protect incumbents.

Read more about it on wikipedia or watch this episode Gerrymandering: Last Week Tonight with John Oliver (HBO)

There are two main rules of building districts. All districts should have same amount of people. All units should be connected inside of one district.

Input: Two arguments. Amount of people for each district (as integer) , grid of all electoral zone (as list of list (each unit has [A-peoples, B-peoples]))

Output: united districts (as List of string). The same letters of string represents the same district. If candidate A can not win more, return empty list([]).

43
kurosawa4434
Login to vote
Solve as a guest
Sign in to your account
Settings
Code: Other:
Save & Reload Close
CheckiO Extensions

Free accounts will see Best CheckiO solutions with some delay.
Best Solutions will be opened in
Become Awesome and Don't wait
The next stage is ""
Will be activated in
View More Solutions Random Review Solutions Go to the next mission
Back to the list of missions | Back to the map | Settings
PyCon TW
0
0 %
Share:
Player of the Month