This is the second mission about the Go game . The first one is the Eaten Go Stones .
In this mission you'll learn how to count territory in the Go. Pay attention that this mission is simplified compared to the real game and its rules (the tests won't have cases where stones of one color are on the territory of the other player).

So what is the territory in the Go game? It’s all unoccupied points which are surrounded by the complete and solid stone border consisting of stones of the same color. It can be a form in the center of the board which creates the border by using just the stones, or it can also be the form positioned near the edge of the board which uses it to complete the boundary. The complete and solid boundary is considered to be the one that consists of the stones connected to each other only vertically and horizontally. Also it should be 'closed'.
Look at the picture below. It displays the input data and the conception of the 'territory': 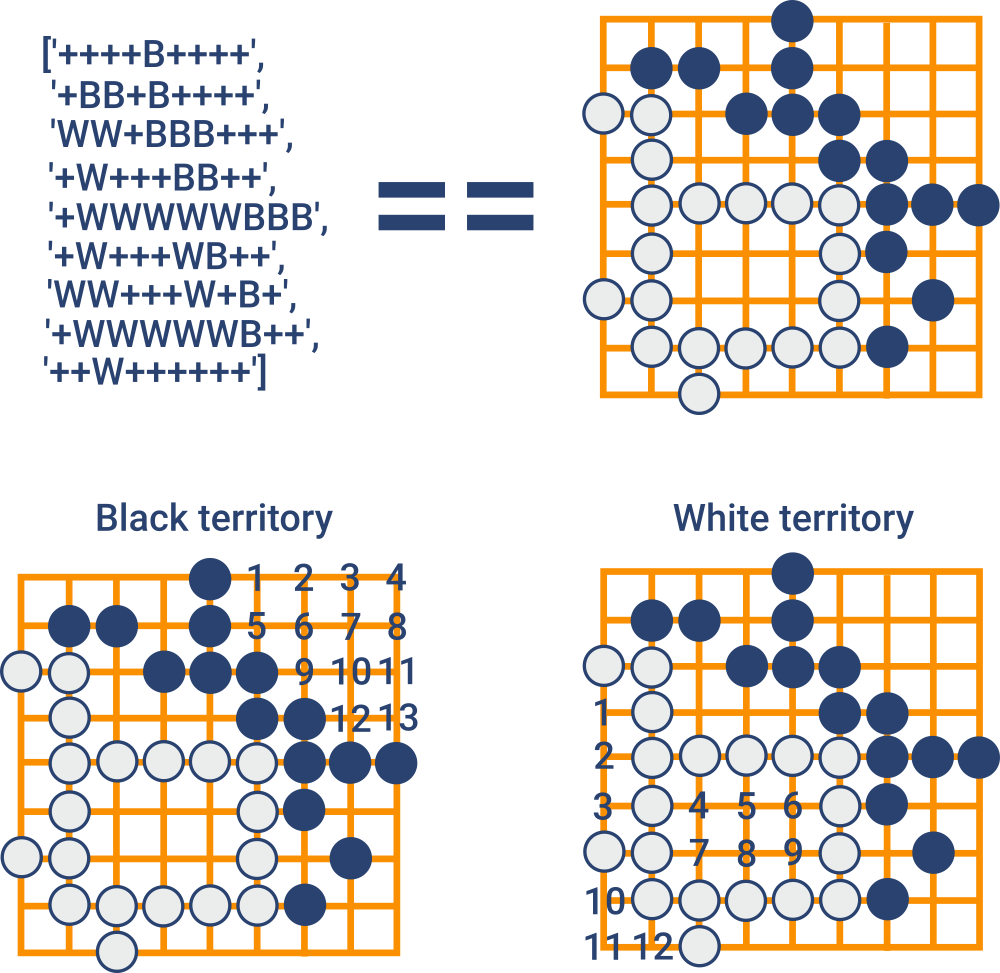 Output: Dictionary with the amount of each player's territory.

How it is used: For AI game development and game analysis.

Free accounts will see Best CheckiO solutions with some delay.
Best Solutions will be opened in
Become Awesome and Don't wait
The next stage is ""
Will be activated in
View More Solutions Random Review Solutions Go to the next mission
Back to the list of missions | Back to the map | Settings
Codeship
0
0 %
Share:
Fresh Awesome