Monkey Typing
Elementary+
DE ES PT-BR UK ZH-HANS English EL FR IT JA RU
We have prepared a set of Editor's Choice Solutions. You will see them first after you solve the mission. In order to see all other solutions you should change the filter. 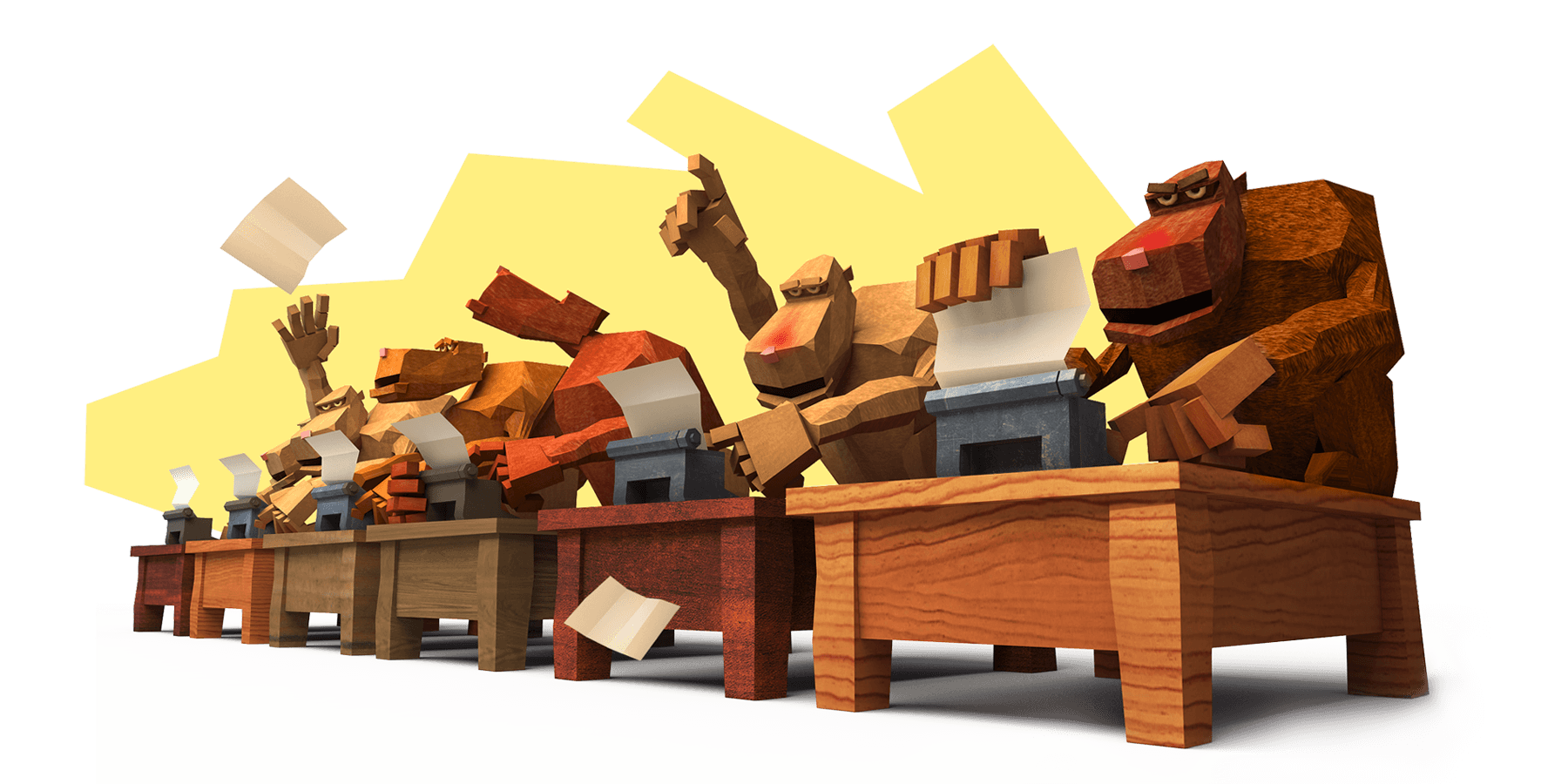 ... If I let my fingers wander idly over the keys of a typewriter it might happen that my screed made an intelligible sentence. If an army of monkeys were strumming on typewriters they might write all the books in the British Museum. The chance of their doing so is decidedly more favourable than the chance of the molecules returning to one half of the vessel.

A. S. Eddington. The Nature of the Physical World: The Gifford Lectures, 1927.

"Ford!" he said, "there's an infinite number of monkeys outside who want to talk to us about this script for Hamlet they've worked out."

Douglas Adams. The Hitchhikers' Guide to the Galaxy.

The infinite monkey theorem states that a monkey hitting keys at random on a typewriter keyboard for an infinite length of time will almost surely type out a given text, such as the complete works of John Wallis , or more likely, a Dan Brown novel.

Let's suppose our monkeys are typing, typing and typing, and have produced a wide variety of short text segments. Let's try to check them for sensible word inclusions.

You are given some text potentially including sensible words. You should count how many words are included in the given text. A word should be whole and may be a part of other word. Text letter case does not matter. Words are given in lowercase and don't repeat. If a word appears several times in the text, it should be counted only once.

Output: The number of words in the text as an integer.

How it is used: Python is a useful and powerful language for text processing. This mission is only a simple example of the kind of text searching tools you could build.