While exploring the island, Sofia found an interesting Amulet. Along the perimeter of the amulet small points are marked on each degree (for a total 360 degrees.) Three levers extrude from the amulet with varying lengths. The first lever is the shortest, the second lever is in the middle of the three and the last is the longest. These levers can be rotated, but if you rotate one lever the others rotate as well. The levers rotate discretely by degrees, rotating them clockwise gives you a positive angle while counterclockwise is negative.

You can rotate the levers from -180 to +180 degrees only (but in interrelated mode it can be rotated more than 360 degrees). You can rotate each lever once in the following order: the first, the second, the third. Sophie used her X-ray vision and found out what position each lever should be in. After completing these rotations, the levers must be at 0, 225, 315 .

You are given a rotation matrix as a list of lists with positive integers and the unitary main diagonal. You should return a list of three integers -- the angles for each lever. The start position of the levers is [0, 0, 0]. 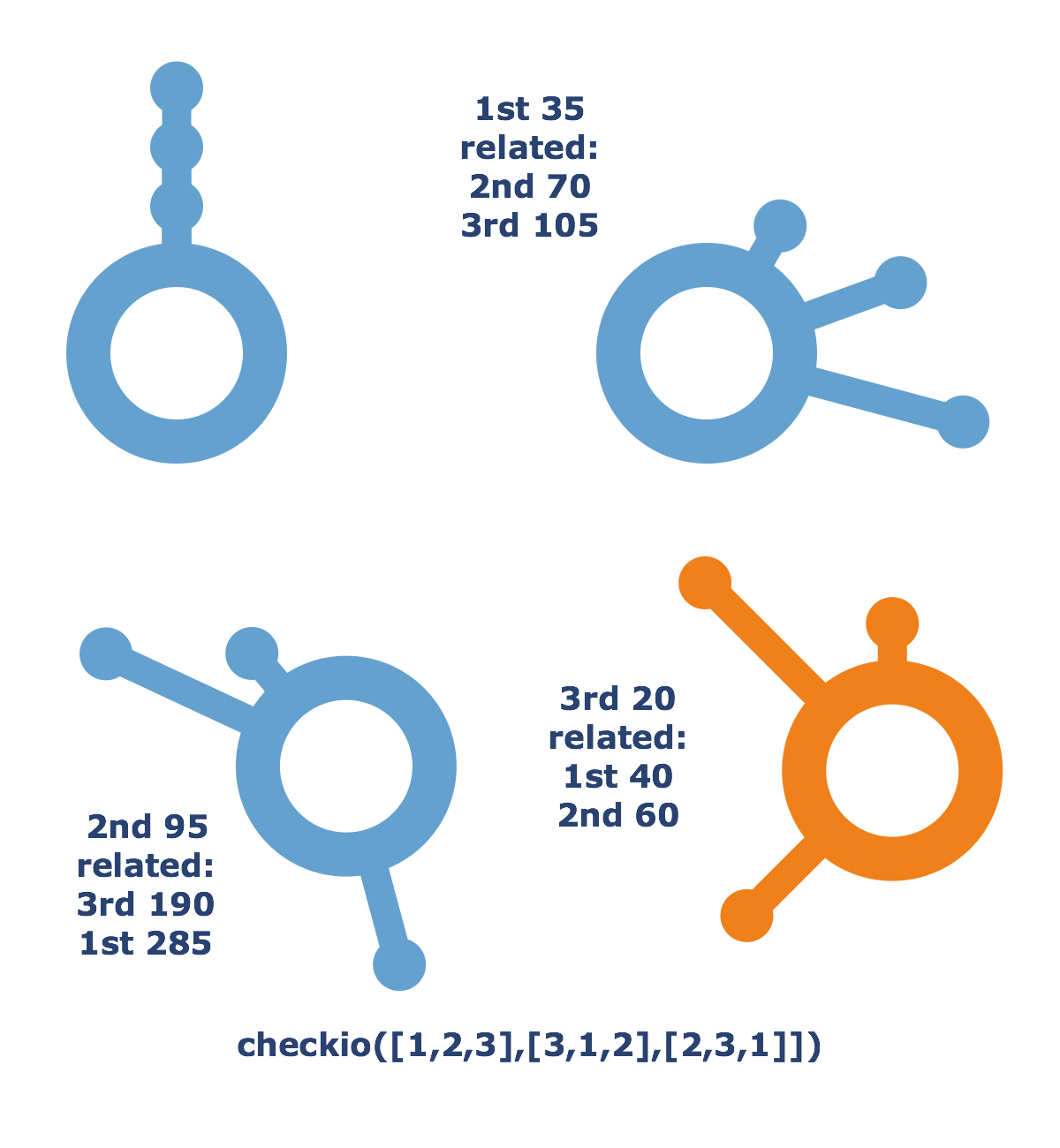 Input: A rotation matrix as a list of lists.

How it is used: This a funny combinatorial problem that could help you on dangerous journey in remote jungle for an ancient treasure, as we all know, ancient civilizations hide their treasure with tricky puzzles! ;-)

Free accounts will see Best CheckiO solutions with some delay.
Best Solutions will be opened in
Become Awesome and Don't wait
The next stage is ""
Will be activated in
View More Solutions Random Review Solutions Go to the next mission
Back to the list of missions | Back to the map | Settings
Dropbox
0
0 %
Share:
Fresh Awesome