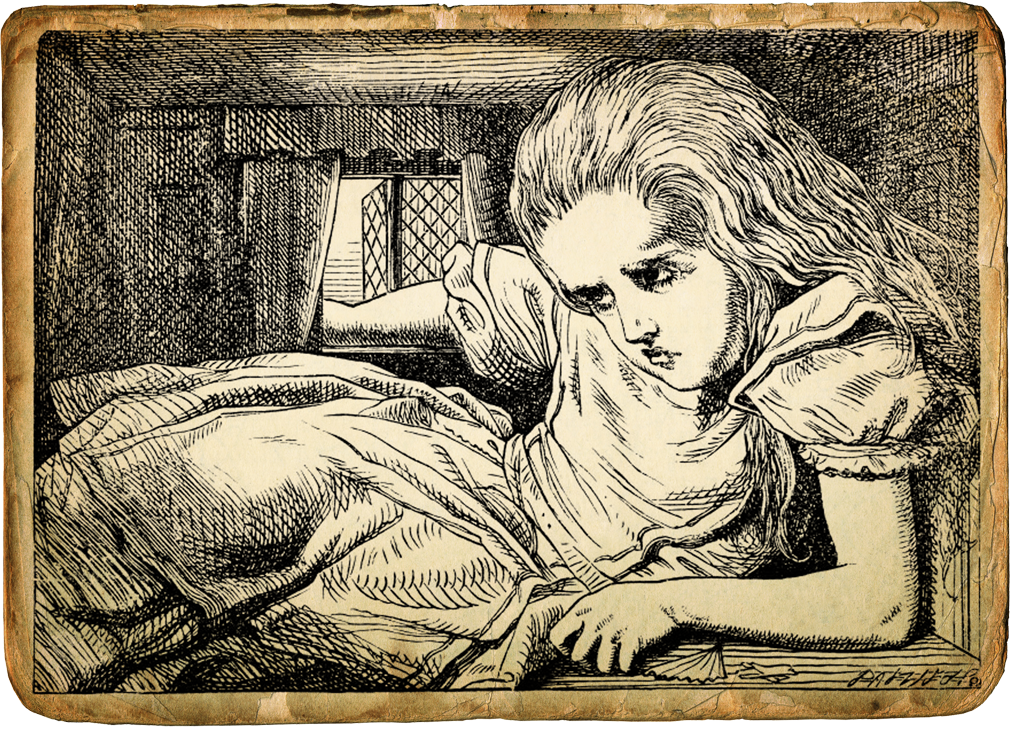 "We must burn the house down!" said the Rabbit's voice; and Alice called out as loud as she could, "If you do. I'll set Dinah at you!"

There was a dead silence instantly, and Alice thought to herself, "I wonder what they WILL do next! If they had any sense, they'd take the roof off." After a minute or two, they began moving about again, and Alice heard the Rabbit say, "A barrowful will do, to begin with."

"A barrowful of WHAT? thought Alice; but she had not long to doubt, for the next moment a shower of little pebbles came rattling in at the window, and some of them hit her in the face. "Ill put a stop to this, she said to herself, and shouted out, "You'd better not do that again! which produced another dead silence.

Alice noticed with some surprise that the pebbles were all turning into little cakes as they lay on the floor, and a bright idea came into her head. "If I eat one of these cakes, she thought, "its sure to make SOME change in my size; and as it cant possibly make me larger, it must make me smaller, I suppose.

Someone has decided to bake a load of cakes and place them on the floor. Our robots can't help but try to find a pattern behind the cakes' disposition. Some cakes form rows, we want to count these rows. A row is a sequence of three or more cakes if we can draw a straight line through its centers. The greater row takes up the smaller rows. So if we have a row with 4 cakes, then we have only one row (not 4 by 3).

The cake locations are represented as a list of coordinates. A coordinate is a list of two integers. You should count the rows. 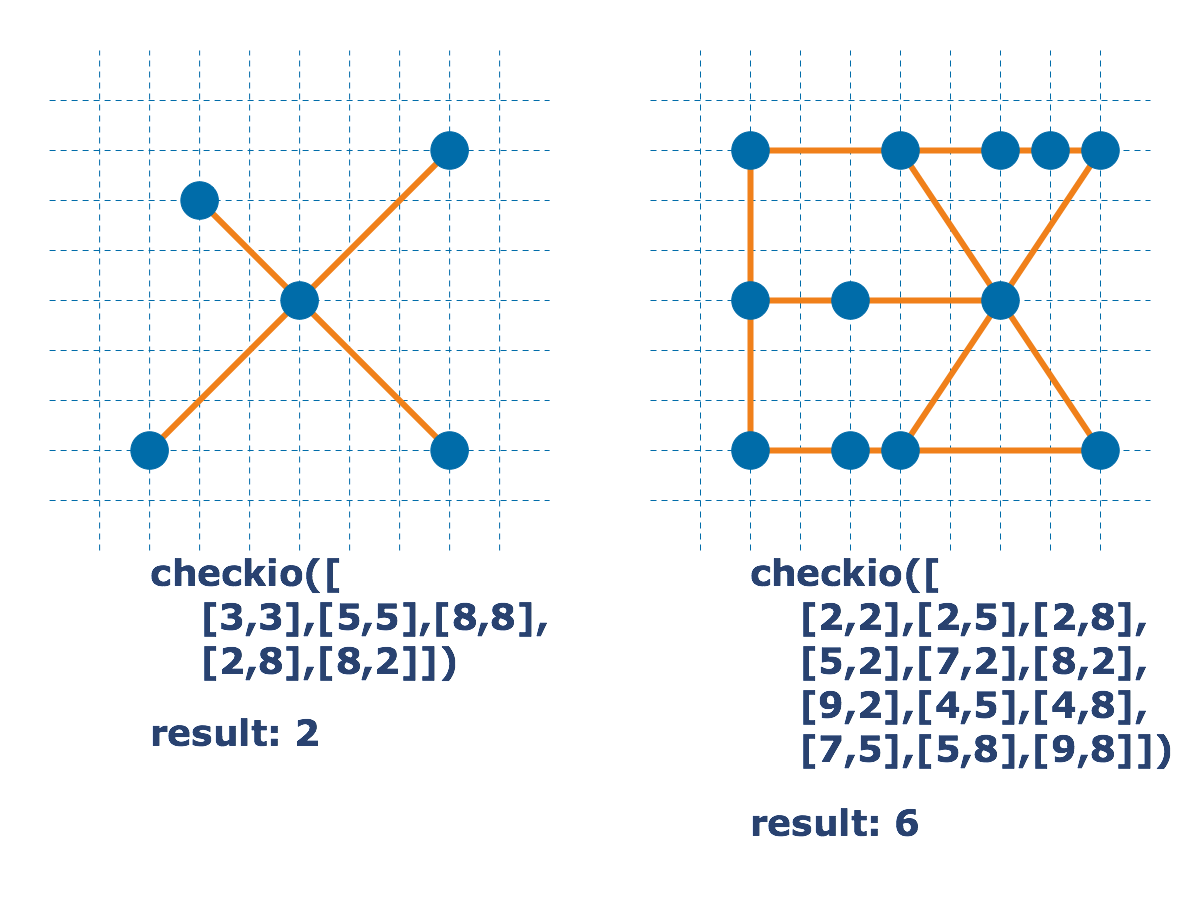 Input: Сoordinates as a list of lists with two integers.

Output: The quantity of rows as an integer.

How it is used: This is an example of the image and pattern recognition. This concept can be useful for the game mechanics or if you want to write a bot for games, or when transposing printed text to a digital format.