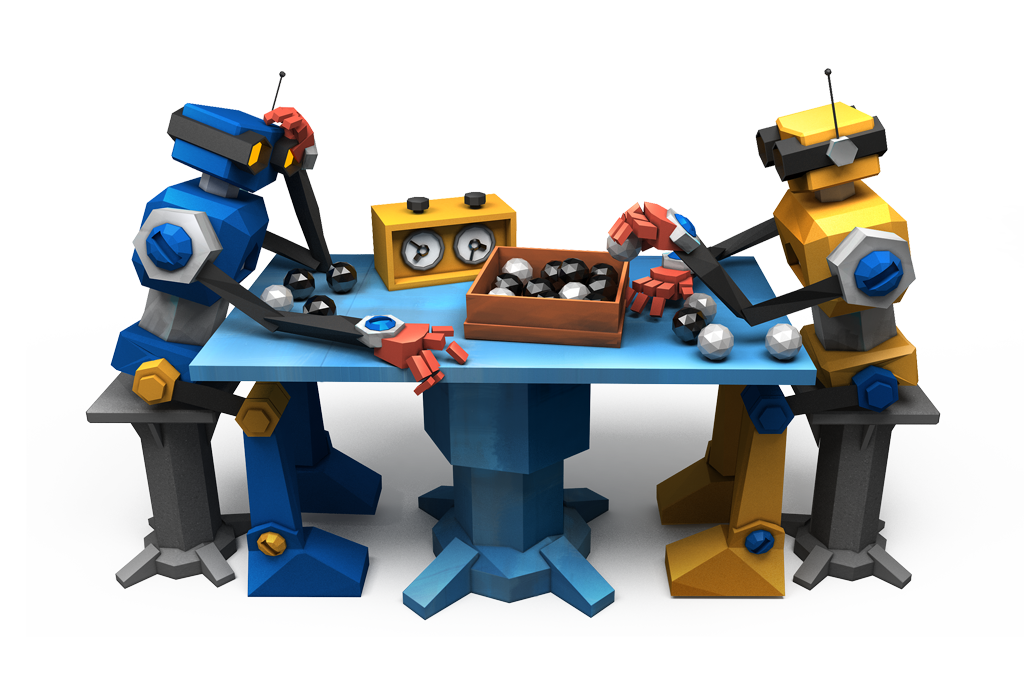 To start the game they put several black and white pearls in one of the boxes. Each robot has N moves, after which the initial set is being restored for the next game. Each turn, the robot takes a pearl out of the box and puts one of the opposite color back. The winner is the one who takes the white pearl on the Nth move.

You are given a start set of pearls as a string that contains "b" (black) and "w" (white) and the number of the move (N). The order of the pearls does not matter. 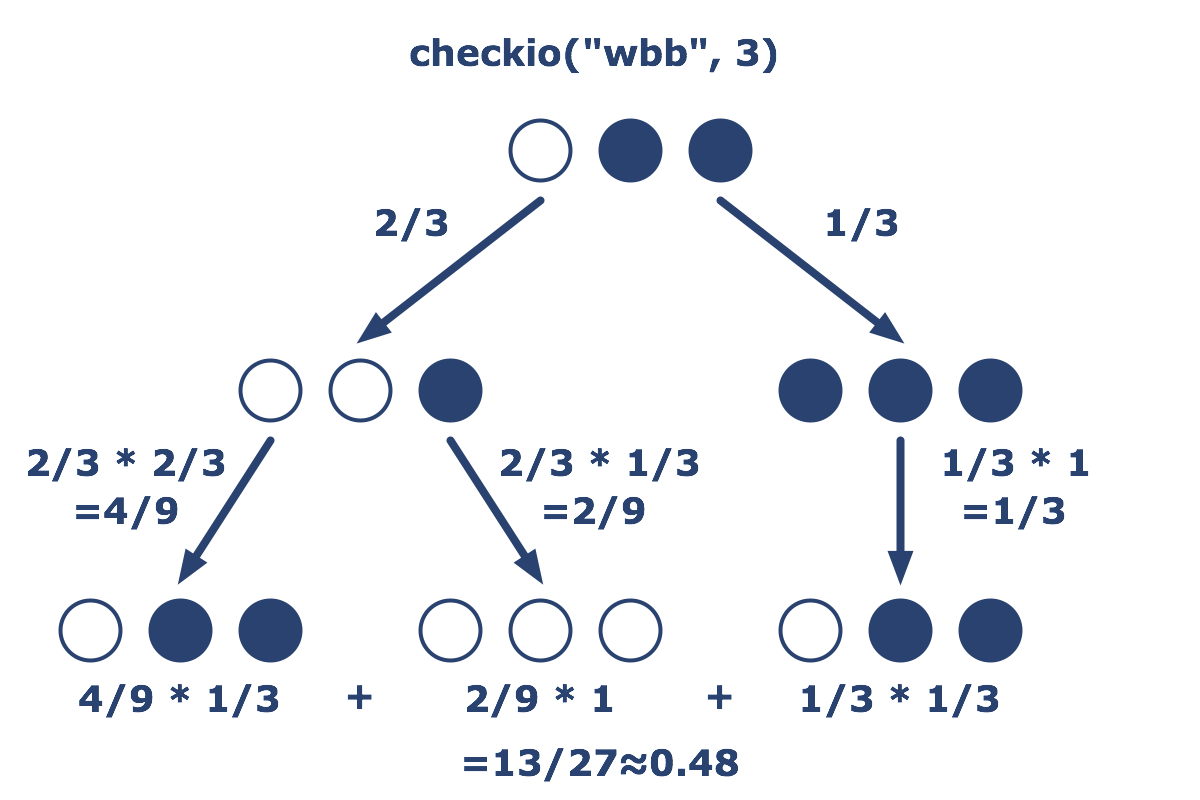 Input: The start sequence of the pearls as a string and the move number as an integer.

Output: The probability for a white pearl as a float.

How it is used: This task introduces you to the basics of probability theory and statistics. Fun fact: regardless of the initial state, as the number of moves increases, the probability approaches 0.5!